Sea Poems (of mine!) 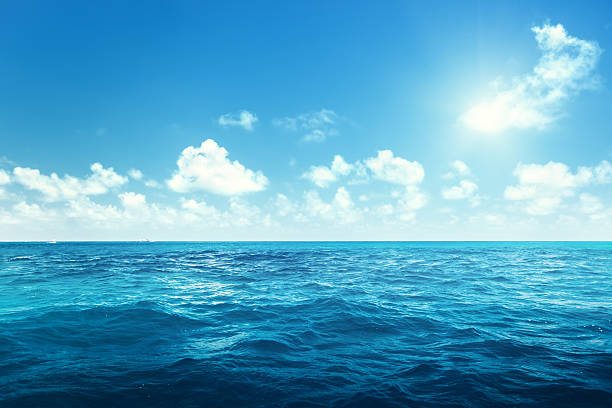 As cypher signals from a distant ocean

Strike blow on blow before the anvil shore.

Immersed in waves of light and sound and water,

We plunged in deep, straining to accommodate

Filled to the brim with lunar distillation,

We wax and wane, a pale reflection

Of some elusive beat

Day follows night. Bright colours splashed where all was grey

So in this flight of fancy labelled life

And dress the temple with sweet meats and flowers.

To rouse our senses from their rest

The scents of drying grass and ocean spray

Float silently and permeate the space.

Drawing up the strings of wakefulness

We gather up the broken fragments

Into an ordered familiar face

Mirroring who we think we are.

Birdsong fills the air, then gone

Water seeps through grains of sand

All to who knows where?

Spirits that trip on the gentle breeze

Before the looming swell

We crest the foaming wave

And diving down with outstretched arms

On silver platter the ocean glides,
Mercurial lines of grey,
Slide metal plate, on metal plate,
Towards the sloping shore.
Sweeping from mysterious Mount
To silhouetted familiar settlement
Of dome and tower and many roofs,
Of granite, wood and slate:
Mount's Bay once more!

Shining blindingly in the West,
An infernal chemical reaction measuring
A million, million footsteps hence
From suspended scorching flame
To this fine experience.
But towards the east, magenta sea
So blue upon the eye,
Even the hardest heart would soften, break.

Accompanied by a symphony of sounds,
The shuffle of the pebbles, round on round,
The primitive screech of Oyster Catcher, Sand Piper, Egret,
Dunlin, Curlew and Pee Wit,
And man with bounding barking dog,
Just Lowry shapes against the icy 'scape.

Later, a deep vermillion fills the sky,
Ground from a rock called Cinnabar,
To which the blazing sea reflects, relates.
Great artist, who with deft stroke and rich palette,
Created such stupendous canvass, ever changing!

The sinking fire beckons the quieting dusk,
Then night, when multitudes spectacular,
Illuminate with twinkling gems of light,
The auditorium we call space;
Reminding us how small we are,
A momentary flash of acquiescence
And sentient aberrance.

Whilst surrounding all, a vast unfathomable moat,
Enfolds us in its temperate arms,
To lull us gently into sleep,
Of timeless and eternal banishment.
My only thought: Should I my lover meet?

Hanging by the rope, I dangle every day

The noose it slips and tightens, squeezing my life away.

For every sky above me, A heart for every fate.

My sky is grey and louring. Filled with swirling sleet

Abyss beneath, nothing but unfeeling feet.

Suspended animation. Time itself is held in sway.

Where hope hanging only by a thread, allows the Fates their day.

Storms may rage about me. Stones fall down on my head.

Biting fingers running through me, Numbed pains of freezing blood.

The spirit leaves reluctantly. It does not want to go.

A superhuman act of faith involved in saying no.

I feel the rope around me. I feel it closing in.

As every hour you fight it off, you know its going to win.

So near and yet so far. The rescuers at hand.

I can hear their voices call me. I can smell them where they stand.

But still I hang quite helpless. A baby freshly born.

The final knot of hope, becomes the knot of scorn.

The clock chimes six and soon it will be day.

Another night of hanging and keeping death at bay.

The strongest constitution will surely be dispatched.

The most courageous spirit be extinguished like a match.

For there comes a point in everybody's time

When the simple act of letting go, is more welcome than the climb.

When with relief the life-force ebbs away

And with it pain and fear and love, the struggles of the day.

As a billion times before, in a billion different ways

People slipped into that ocean and sank beneath those waves.

But each a mystic moment when another unique soul

Evaporates completely or is reclaimed to wander whole.

Yet heroic is the victim who with every sinew and device

Fights the overwhelming odds or the throwing of the dice.

Now just a body hanging lifeless and ill at ease

Whilst all about continues as normal as you please.

Only the screaming wind, the scudding clouds, the icy rock and snow

Are witness to this towering feat,

How great, how small, we know.

(Rather strange that only the next day after writing this, it was reported that many Chinese cockle pickers had been drowned at Southport Sands. It was based on a recent walk I took with a friend but has to be dedicated to them. And also the friend.)

What can we say of the perfect day?

What can we say?

The broad sweep of yellow sand,

The mighty power of the ocean

by the gentle Hellespont

Of a multitudinous patterned

By the boundless beauty,

Stretching to some invisible

The here and now

Or yet in letting go;

Holding only to the moment,

Trying to feel the force

Before the next obliterating wave.

With what amazing grace you glide;

So disenchanted with the human world,

Strangely incongruous upon the sea -

Out and beyond the salt-filled bay,

Stretching as far as eye can see,

Here where river meets the ocean,

Marking out a smoother darker rivulet,

Whilst we poor humans gaze in awe,

Struck dumb by beauty so complete -

A milky opal, a perfect pearl,

Set in a sparkling amulet.

round and round covering the ground

an exercise in perpetual motion

silence on silence envelopes all around

and only the sound of the ocean

the sun comes up the sun goes down

in all its brilliant splendour

the moon comes out and shows its face

how in spinning we stand still

how in travelling we get no where

how all our plans are doomed to fail

and all our loves despair

the Corpus Christie fair is here

with all its noise and show

the flashing lights and music blare

the screams of girls unknown

around around they swing

oh the joy of spinning round

in vertical and horizontal planes they go

whilst standing on the ground

and then as luck would have it

whilst coming round the corner

i met a man I'd met before

the latter meets the former

and as he passed me by

he poked his tongue right out

but then I caught him with my eye

and swung him round about

I make the wheels revolve

around the time when time stood still

and we were almost one

The storm has past. Its day at last.

The sun a blaze of glory.

Those fears and dread which in my head,

Are now a different story.

The cat's been fed. The fire is red.

The tea's been made. The music's played.

Last night the room was filled with gloom,

Today its lit in yellow,

So in my mind the world is kind:

A mellow sort of fellow.

Before was plain that love's distain

Had crippled me for ever.

That I was left, unloved, bereft,

Without a friend to savour.

My dreams were strange. Life's rearranged

By those recently departed.

Maybe they came to ease my pain

And help me get re-started.

One final verse before the hearse

Draws up before the chapel.

Another day in its unique way

Keeps us going, rhyme or no rhyme.

The phone's gone dead. Its all been said,

There's nothing more to say.

The friends have gone. They've all passed on

They've died or moved away.

The brittle leaves shake in the trees,

To force me on my knees.

In silence grand I take a stand

Against the dogs of war,

My simple life so full of strife

Rolls up against the shore.

Its strangely gone. This feeling's done.

I'm not alone no more.

With spirits gone before.

And leave me as before.

I close my eyes to all those spies

Those gestures of distain,

My heart's on fire, Full of desire

I want to live again.

Not here but there. A spirit world

(Artistic license based on friend's report)

He had me in the quarry. Up against the wall.

I didn't try to parry. He was young and dark and tall.

Whilst on the beach I saw him

He was leaning on the rail

The sea was very blue then

The dinghies full of sail

I was very on my own then

I'd left my boy behind

A certain thrill pulsed through me

He just stayed there looking over

I pretended not to see

Whilst carefree stream rushed past me

I fiddled with the pebbles

Whilst keeping this exotic stranger

In the corner of my eye

When finally he made his move

The small squat building sat there

I remained just where I lay

Deciding what to do

Held in the hand of fate

I rose and climbed the bank

And with my heart pounding

I thought he'd hear me come

"You after it?" then he said

Or words to that effect

Words sank in my chest

Within that small dark cell

He forced his way upon me

And I gladly gave him all

As, you will remember

He was young and dark and tall

After a few brief encounters

He's all but disappeared

But for the waves of excitement

Reverberating weirdly down the years

Every time I see the sea

And every time I stop there

To talk to empty space

Or to take a pee

Wondering if at any moment

Or tap me on the shoulder

And show he really knows

Where I'm coming from.

Long Rock - a finger pointing out to sea
Horizoning to far-off Amazon
With nothing but a vast and watery waste to come between
Where monsters lurk, whales chirp and play

Where fish in shoals flash silver
Where man-made craft ominously prowl the deep uncharted waters
Where many ships have floundered
And myriad ancient salts have passed into solution.

Each day her head she hides, then slowly re-appears
Green locks unfurl, a neck encased in lace
To bare her crocodile-like back, jet black,
Basking in mid-day shine, or night-time ivory light

The oceans surge to time the final arbiter,
To unseen celestial forces and distant, distant spheres
Its mentor, barometer and periscope to a fragile earth that sighs
Our lifeboat drifting precarious amidst the stars

Long Rock so isolated and alone
Battered and hard. Bruised but un-bowed
Awake only when submerged, drowsing when dried
To human eyes inhospitable to everything but spume and spray

But oh the secret world that lurks beneath the flood!

Posted by Veaterecosan at 05:16 No comments: